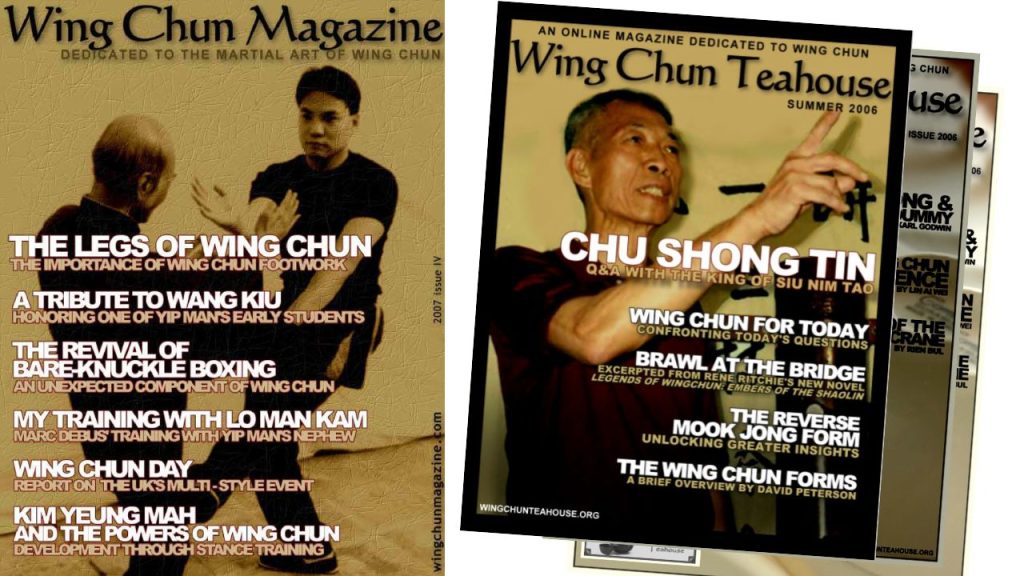 Published in 2006 under its original name, Wing Chun Teahouse, Wing Chun Magazine was a free community-contributed online publication dedicated to Wing Chun in all its forms. Published and edited by Adam Williss, Wing Chun Magazine aimed to provide a nonpolitical forum for Wing Chun practitioners world-wide to broaden their exposure to the art. It was both emailed out to subscribers and was available on the magazine’s website. The magazine originally was meant to be a quartlerly publication. However, that didn’t end up happening. 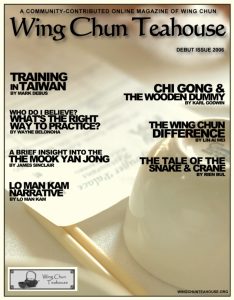 Inside the Debut Issue 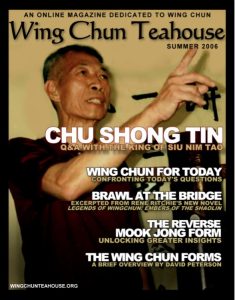 The next issue of Wing Chun Teahouse featured Chu Shong Tin on the cover. It came out in the summer of 2006. In addition to Chu Shong Tin, the issue featured articles by Darrell Jordan, J. L. Moon, René Ritchie and Karl Godwin. The next issue of Wing Chun Teahouse featured Lok Yiu on the cover. It came out in the fall/winter of 2006. In addition to Lok Yiu, the issue featured articles by William Blech, Armando Sainz, Scott Baker, Mark Debus and Alan Orr.

Inside the Lok Yiu Cover Issue 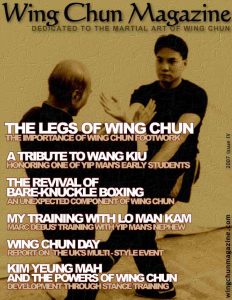 Inside the Final Issue