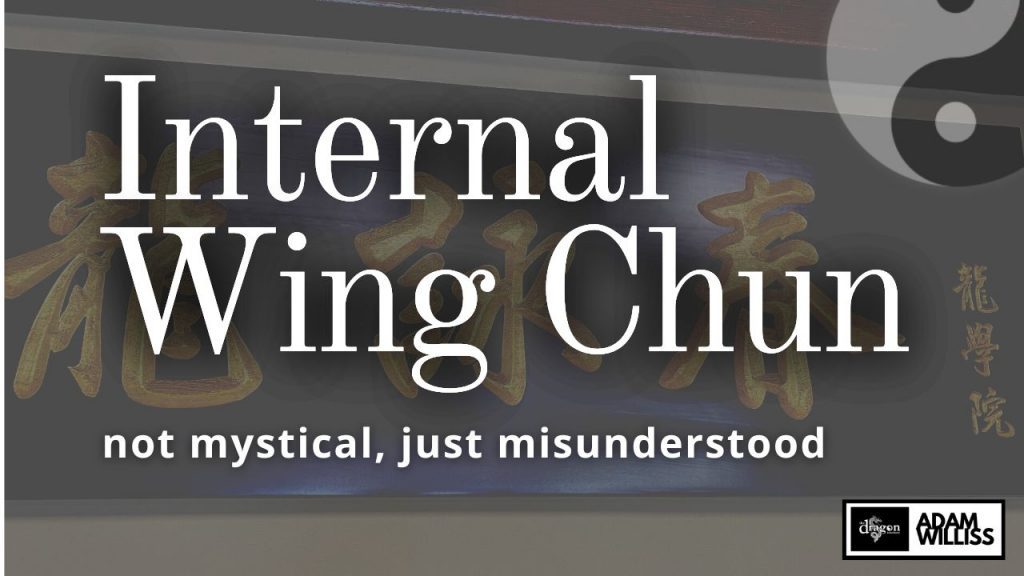 It’s been 27 years since I began my journey into internal Wing Chun… something I knew as simply “Wing Chun”. I’ve trained thousands of students over the years and have come to realize just how difficult an internal Wing Chun approach is to understand.

Over the years, I’ve seen students really struggle to grasp how to succeed at the art and I’ve also seen a few that really take to it. I’ve come to find out that there are certain things that help demystify an internal Wing Chun approach which help students understand the internal in a more logical, make-sense way.

I want to quickly share with you simple characteristics of an internal Wing Chun approach in order to help you understand the difference between internal and external practices.

However, first it may be most helpful to clarify what an Internal Wing Chun approach is NOT.

What Internal Wing Chun is NOT

So, practicing an internal Wing Chun approach shouldn’t be thought of as any less fighting-focused than an external approach to the art. Health and well-being is a natural by-product of internal practice, but internal Wing Chun is still very much a martial art geared toward developing practical fighting ability.

One of the most basic differences between internal and external Wing Chun approaches is the method of generating power. In an internal Wing Chun approach, power is generated with the body as one solid unit. There is a full body connection harmonizing the movements of the hips and shoulders, knees and elbows and wrists and ankles. This type of power generation requires that the joints of the body move in harmony in order to keep this connected, one-piece, singular unit with the muscles neither too tense nor too lax.

Also, the training methods of internal Wing Chun power development are different than external training methods. Instead, internal Wing Chun power comes as a by-product of building the foundational elements of postural alignment, rootedness/connection to the ground, antagonistic muscular relaxation and mental intent. Specifically, you focus upon developing structure and stability. Instead of pushing off of the ground for power as is common in external Wing Chun practices, the internal approach becomes one with the ground. The more constant connection with the ground, the less external work is required in order to direct force into someone else.

The Concept of Speed in the Internal Approach

Speed is also not a direct focus in an internal approach to Wing Chun. Position, calmness and smooth movements are much more important. An internal Wing Chun practitioner aims to become more aware through slower, more precise movement. Instead of trying to rush to beat the opponent to the punch, the internal practitioner seeks to harmony with themselves and their opponent. This places the focus upon becoming smoother, more efficient and able to fluidly occupy gaps in the aggressors pressure. Basically, the goal is to be one with their energy in order to find the yin to their yang.

In the external approach, a quiet mindset isn’t the focus. Instead, external methods often seek to hype up the nervous system and cultivate an aggressive mindset toward the opponent. The focus isn’t on controlling yourself internally.

Many of the external Wing Chun approaches are pattern and technique based. They drill patterns in order to use them as combinations to open someone up. This can be akin to trying to create waves of energy or force something to happen. This only works on those with lower level sensitivity, rather than being sensitive in order to respond to the waves given. Internal Wing Chun simply rides waves of yang pressure given to them. There is no need to try to create waves through force. There is no chasing. The waves come to you. 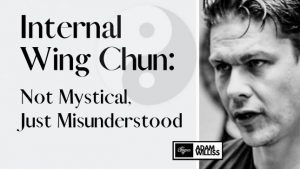 What can be confusing is how different internal Wing Chun training can be when compared to external training methods. Often drills and exercises in internal Wing Chun methods look so far removed from practicality that it’s almost impossible not to question their connection to fighting. However, nothing in a genuine internal Wing Chun practice is done without good reason. Everything has meaning on some level or another.

What may be even more difficult about the internal approach is that the new student isn’t able to see tangible results for a long time. Because the key to internal Wing Chun is building awareness in the mind, body and emotions, it takes much more patience than external practices. Beginners only start with so much bandwidth. Often, correct practice is extremely subtle in comparison to external approaches. Since beginners can neither see nor feel what’s happening well enough to even begin to trust in the process, getting good is that much harder.

Often, kids, young adults and those with low attention spans (most of today’s population) have a difficult time appreciating the internal approach. This is usually because young people are easily distracted and the rewards of internal practice aren’t as immediately gratifying as their patience can handle.

Additionally, the internal approach doesn’t look like much. Its movements are subtle and small. It’s more efficient than an external approach meaning that it uses more deflection and structure instead of force against force pushing pressure or leaning pressure.

There’s so much more to it.

But hopefully, this article has helped you gain a greater insight into demystifying internal Wing Chun and understanding it better. For some, like me, they may already practice an internal approach to Wing Chun without calling it internal.