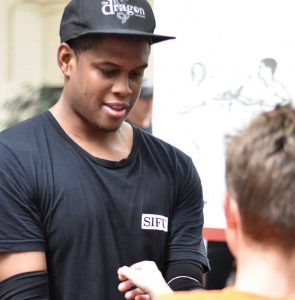 Sifu Derrick Mansell is the head instructor at The Dragon Institute’s Irvine/Lake Forest Kung Fu school. He leads both the kids martial arts classes and the adult classes.

Sifu Derrick absolutely loves Wing Chun and has dedicated himself to helping others through the art, of which he calls “the best thing I’ve ever done”.

In the fall of 2018, Sifu Derrick founded the UCI Wing Chun class and USC Wing Chun group. He is Vice President of the Dragon Family Wing Chun Association and serves on the Board of Directors for Wing Chun Against Bullying.

Sifu Derrick is also the senior-most student of Sifu Adam Williss, founder of The Dragon Institute. Prior to that, he was a local high school basketball player for Mater Dei and played NCAA Division I basketball at the University of Montana.

“Derrick is a humble, soft-spoken leader with tremendous fighting and teaching ability. He has trained consistently with me since 2008 and I am proud to have Derrick Mansell as my senior-most student.” – Sifu Adam Williss

Instructor Derrick is very patient with students. He takes time to gradually submerge you into Wing Chun which is a form of martial art that trains you to fight an opponent much larger in size than you. -Dennis Tsai

My 7 year old daughter has been going here since she was 5. She has improved so much thanks to Sifu Derrick. This is a great school. It has helped her concentration. I think it will help my daughter when she goes to college for self-defense and also for bullying which I experienced in middle school. -Dustin Raddatz

My son has be going to the Dragon Institute for over three years. We have been VERY happy with both Sifu Adam and Sifu Derrick. Both are very patient with kids and are always working in a positive way to improve each student. -Jason Green

Derrick does a great job running class. He makes you comfortable when you first walk in. Not to mention that his knowledge and feedback is first rate! -Mike Bonner 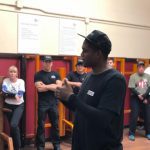 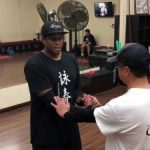 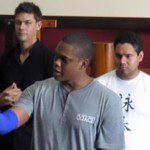 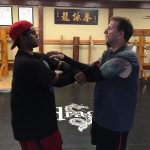 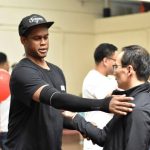 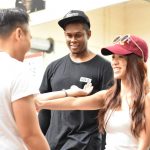 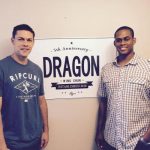 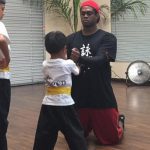 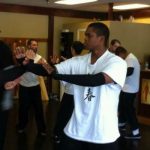