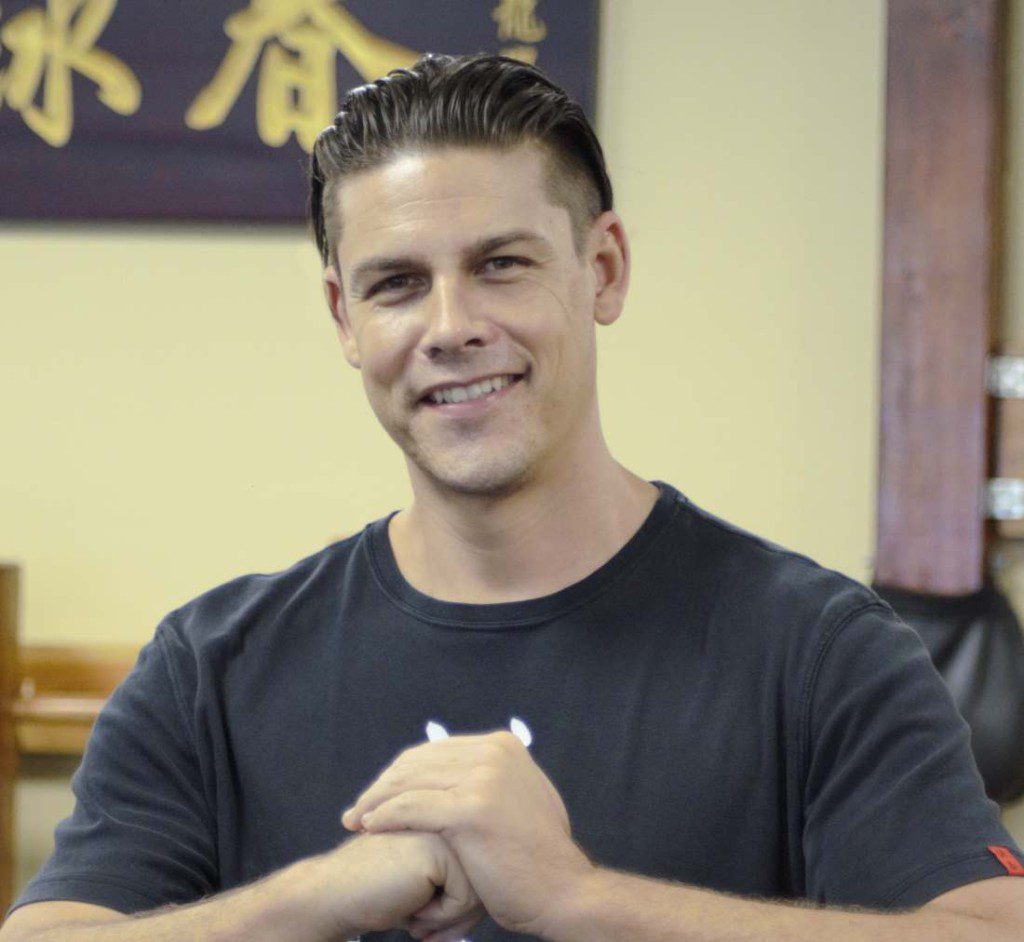 Sifu Adam Williss is the founder of The Dragon Institute – one of the most well-known Wing Chun schools in the US. He has built a network of followers around the world. Known for his uncompromising dedication to quality, Sifu Adam is one of the most followed Wing Chun experts today.

Sifu Adam Williss has made it his life’s mission to empower individuals of all ages and all walks of life with Kung Fu’s physical, mental and life-changing benefits through his lessons, classes, workshops and courses.

For the last 27 years, he’s dedicated his life to learning high quality Kung Fu… From this obsession, Sifu Adam has turned his first-hand knowledge into a path to educate others on the specifics of what good Wing Chun means.

Blackbelt Magazine calls Sifu Adam one of the most sought-after Wing Chun Sifus today while World of Martial Arts TV says his system is “insanely efficient”. Sifu Adam’s Online Wing Chun at Home course is one of the best selling in America and he is followed by over 106K on his Wing Chun Lessons Facebook page and over 44K on YouTube.

Mark Allen, 3X Martial Arts Blackbelt, recently said, “I have multiple black belts, and have trained with some of the biggest names in martial arts. I was blown away by Sifu Adam’s ability. His Wing Chun is on a whole different level….as in Hall Of Fame level! It is the most devastating that I’ve ever experienced, BAR NONE! You owe it to yourself, no matter what your martial arts background, to learn from him!”

Sifu Adam has been featured in World of Martial Arts Magazine and Wing Chun Illustrated magazine. His students include law enforcement officers, homeland security personnel, active soldiers in the Marines, Navy, Army and Air Force as well as other security professionals. His training includes both hand-to-hand combat as well as real-world self-defense against weapons. He is also a self-defense expert instructor to large companies, community-based service clubs, local Orange County businesses as well as amateur and professional athletes.

Sifu Adam Williss is also a Life Coach. He specializes in translating Kung Fu’s hidden life lessons to those seeking its timeless philosophy for personal development. Sifu Adam believes that hidden within the philosophy of Kung Fu are the secrets to a simpler, more efficient life. His Kung Fu Life Lessons have been called “the best kept secret in self-growth today”.

Adam Williss has given me the strength to live life again. Everyone has hard times and something that they have to deal with. I have always been driven and made goals, marketing and business plans. We all struggle with what is handed to us daily. Adam taught me how to be strong in the mind and find my center… still be kind and and have loving heart I have. He brought out the true Amy again but an even better Amy! Thank you Adam!

Sifu Adam Williss is inspirational by his passion… and the way he is able to reach a person’s heart and gives them strength to believe in themselves.

Sifu Adam is outstanding in his performance as a Mentor, Teacher, and Friend. His patience really helps (his clients) achieve their maximum potential. Yes, It takes time to absorb all of Sifu’s wisdom and knowledge in the application. Though once you (do), you will never look at the world the same. (He) truly shapes you into a better person and opens your eyes to kindness and gratitude towards the world!

In his own words, Sifu Adam says what being a sifu means to him…

For me, being a “sifu” is about being something much more than being a martial arts teacher. It isn’t about a title, authority, hierarchy or rank. I don’t want to be put on a pedestal or be thought of as a so called “master”. Its about being an example and an inspiration in my student’s lives, no matter how old those students are, no matter what they come to me for, my responsibility is to transcend and inspire, beyond physical self-defense and other limiting perceptions of what I do or they do. The dream is bigger than that. Its about sacrificing for one another, about a dedication to community/family and about helping each other through the mind, body and spirit of Wing Chun. The journey isn’t about me. Its about a bridge to the future and those folks yet to come. -Sifu Adam Williss

Sifu Adam Williss has a unique, no-nonsense approach to Wing Chun. Below are some of his practices and beliefs: