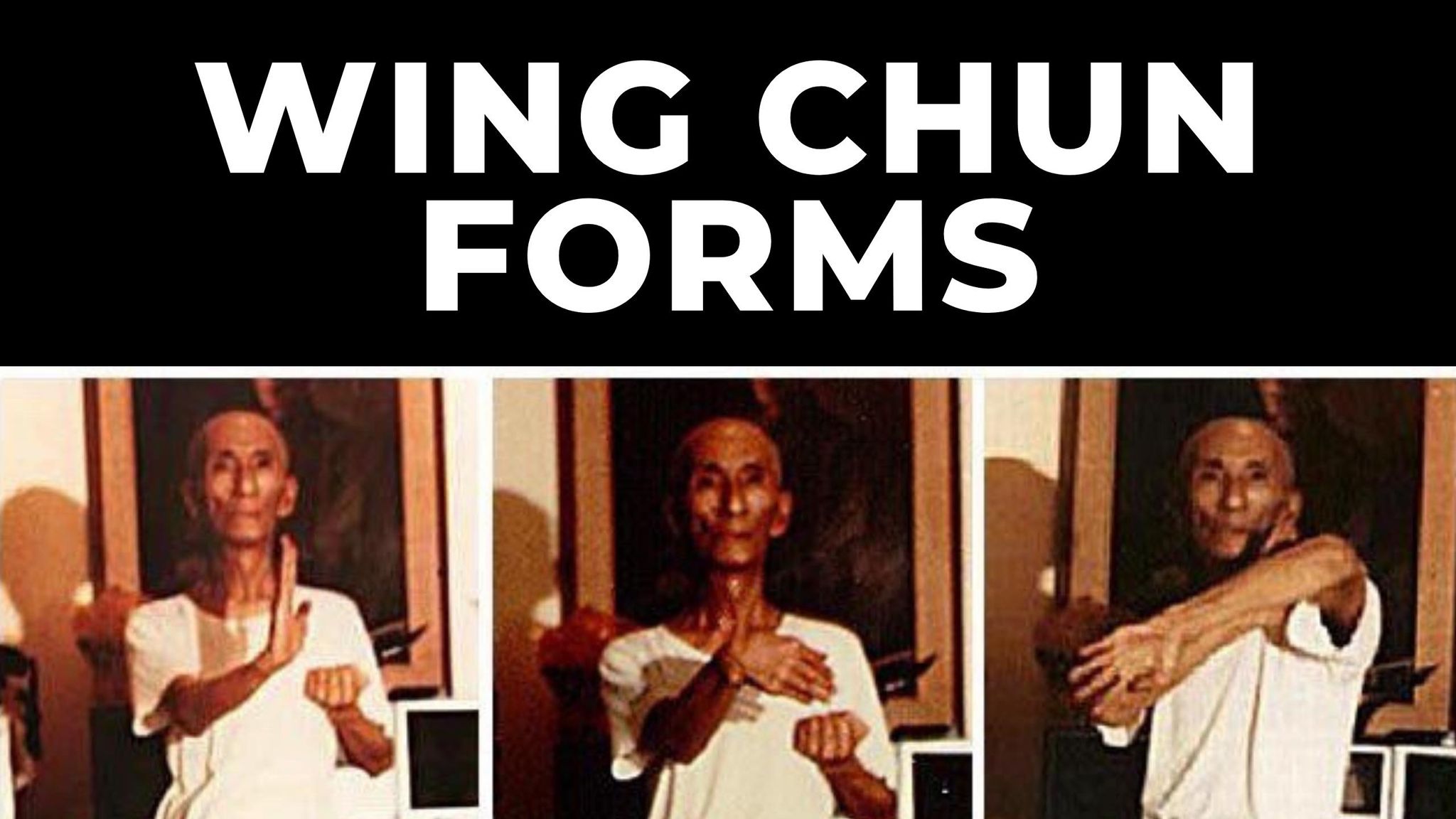 The Forms of Wing Chun

When most people think of the forms in Wing Chun, many often think of elaborate techniques, moves and stances in styles like Shaolin Kung Fu or Wushu. But Wing Chun’s forms aren’t katas to focus on techniques, fighting imaginary opponents or even as fixed traditions to pass down.

In this article, we will be going over the various forms in Wing Chun, what they are for and what their place is in our art.

Then, as you practice Wing Chun with a partner, you can see how much those actions have become a part of your movements in chi sao, drills or Wing Chun sparring. This feedback from partner practice can then be taken back to your form practice. Form practice and partner practice sharpen each other to help you develop.

How Many Wing Chun Forms are There?

Wing Chun has six forms. There are three empty-hand forms, two Wing Chun weapon forms and one form for techniques on the wooden dummy. By the way, did you know that you can also practice the Wing Chun dummy without a dummy? No joke!

The three empty-hand forms of Wing Chun practice difference stances and techniques. One Wing Chun form has basic techniques and one stance for building structure. One form has pivoting stances and techniques for movement. And the last empty-hand form has techniques and stances for outside-the-box recovery-based applications. The other three Wing Chun forms include the Mook Yan Jong (wooden dummy form) and the two weapon forms.. the Luk Dim Boon Kwan (the Dragon Pole form) and the Baat Cham Do (the Butterfly Knife form).

What Are the 3 Empty-Hand Forms of Wing Chun?

What Are the 3 Weapon Forms of Wing Chun?