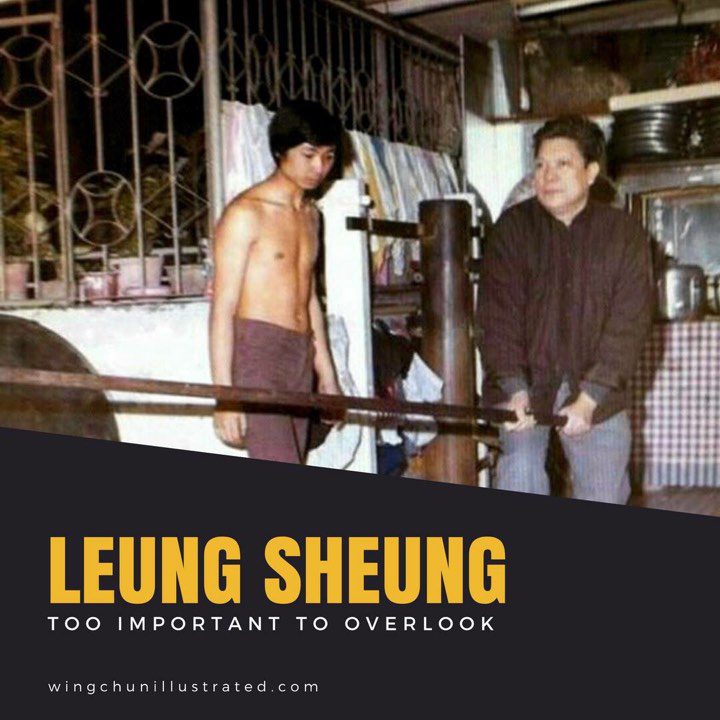 As featured in Wing Chun Illustrated Magazine Issue No. 34, 2017

Leung Sheung: Too Important to Overlook (the video)

But would you even be practicing Wing Chun today if it weren’t for Leung Sheung? Would you even know the name of the art? Without the help and dedication of Leung Sheung, would Yip Man have ever even been able to get off the ground as a teacher?

Although these questions and arguments can’t be answered with any real certainty, once we know the facts, we can all agree that Leung Sheung played one of the most crucial roles in the early development of Wing Chun in Hong Kong.

Briefly, Leung Sheung is too important to be overlooked. So why don’t we hear more about him? As THE sihing, didn’t he pave the way for every other student who came along after him? Therefore, he must have gotten a lot of one-on-one time with his sifu. What was his relationship like with Yip Man’s other students? And how was he as a teacher?

When Yip Man moved to Hong Kong, he was down and out. He had no job, knew very few people and had no place to stay. It was Leung Sheung who secured Yip Man a job and a place to live. As the general secretary of the newly formed Hong Kong Restaurant Worker’s Union, Leung Sheung had a good deal of influence and pull with the organization. When a martial arts teaching position came available, Leung Sheung, who was known for his professionalism and ability to communicate, nominated Yip Man for the job.

This is important to note because Yip Man could now earn a living teaching Wing Chun and had found a place to stay. He no longer had to look elsewhere for a job. This meant Yip Man could now fully dedicate his time to teaching Wing Chun. Marking Yip Man’s journey as a full time Wing Chun teacher, the art was able to get the dedication it needed in order to become known. It was Leung Sheung who changed Yip Man’s entire life. It can be logically assumed that because of this, Yip Man thanked Leung Sheung by pouring as much of his knowledge into him as he could. 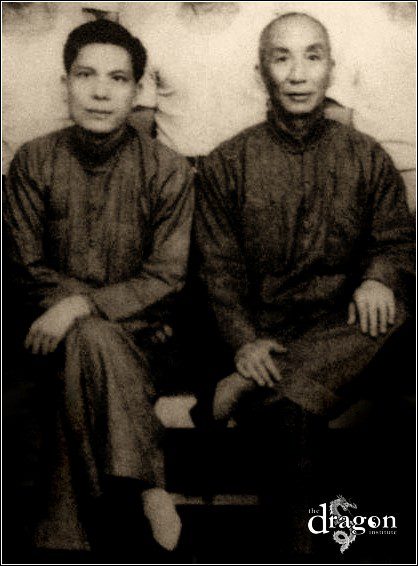 As a testament of his nature, Leung Sheung also passed on the opportunity to take the same job Yip Man accepted. It was actually Leung Sheung who was front runner for the position. His fellow union members nominated him knowing that he had trained several traditional Chinese martial arts beginning when he was young. His kung fu experience included such styles as Bak Mei (White Eyebrow), Choy Li Fut and Southern Dragon Style. But rather than take the job, Leung Sheung instead nominated Yip Man. With this, Leung Sheung fully emptied his cup – no easy task for an experienced martial artist. Although he had extensive knowledge in these other kung fu systems and students asking to learn from him, he instead chose to let go of all his previous martial arts training in order to submit to his new kung fu path and study seriously under Yip Man. This act was an example of Leung Sheung’s humble, giving nature.

As a Wing Chun practitioner, Leung Sheung’s kung fu brothers knew him for his unquestionable talent. In fact, based on ability alone, he may have very well been one of the most respected of Yip Man’s students. Due to his grasp on the system and ability, it was commonly said that those who learned chi sao from him were certain to develop good skill. Yet, Leung Sheung never became famous. All too often, his name gets left out of discussions of the notable students of Yip Man.

So why is one of the most respected of Yip Man’s students so overlooked today?

Leung Sheung started Wing Chun later in life and was gone way too early. Much of who Leung Sheung was and his legacy must be learned through articles such as this one and asking questions of the select few still alive who knew him.

There are no videos of Leung Sheung in action. Not one! Therefore, we have no way to see him move. Nearly every other student of Yip Man has some kind of video out there. Video offers so much to those of us who care to pay attention. But when it comes to Leung Sheung, we only have a few still shots of him in action with Lok Yiu.

Additionally, Leung Sheung was an immensely humble man. He was overly modest about his own Wing Chun abilities. As a student and teacher, he consistently chose to promote Yip Man’s abilities instead of his own. Despite being one of the few students that Yip Man ever encouraged to teach publicly, Leung Sheung made sure to keep a very low profile. He never once advertised his school. One of Leung Sheung’s most famous sayings was, “If you find me, you are lucky.” Was this due to his loyalty to Yip Man and desire to elevate Yip Man’s reputation?

He was also very selective in who he chose to teach. Leung Sheung’s Wing Chun teaching philosophy was to visualize students as driftwood. Picturing himself living along a river, he imagined driftwood washing up in front of his home. At times, he would look at the driftwood and find a piece that he found interesting. He would continue to collect driftwood and eventually pick one piece that he found interesting enough to begin to shape. As he would learn, some driftwood could be shaped and some could not, due to faults or imperfections. Once Leung Sheung determined that a student was worthy of his teachings, it was then when he became highly demanding of them.

Insight into what Leung Sheung viewed as important in Wing Chun can be found through his teachings. In fact, he was a stickler for what he believed to be good Wing Chun. According to his student Dr. Jack Ling, Leung Sheung heavily emphasized key points of body alignment when teaching his students Siu Nim Tao. These included turning the feet and knees in while dropping them down to their lowest possible point without altering posture. The head should be up and level with the eyes pointing forward. The back must be straight and the elbow must remain turned in front of the body at least a fist width away. The forearm should remain extended, relaxed, flat and parallel to the ground. The shoulders must not lift in any way and should remain relaxed and natural. Leung Sheung also focused on developing a heavy sunken elbow, something he referred to as under elbow strength. The breath must be relaxed and low, sinking into the diaphragm.

Unfortunately, due to declining health for nearly a decade after having a kidney stone removed, Leung Sheung died at the relatively young age of 60.

Despite being recognized as one of the best Wing Chun practitioners that Yip Man ever produced, Leung Sheung is arguably one of the most overlooked masters in Wing Chun history. Despite leaving us way too soon, Leung Sheung must be acknowledged not only for his great Wing Chun ability but also for the invaluable role he played in the advancement of Wing Chun as a whole.