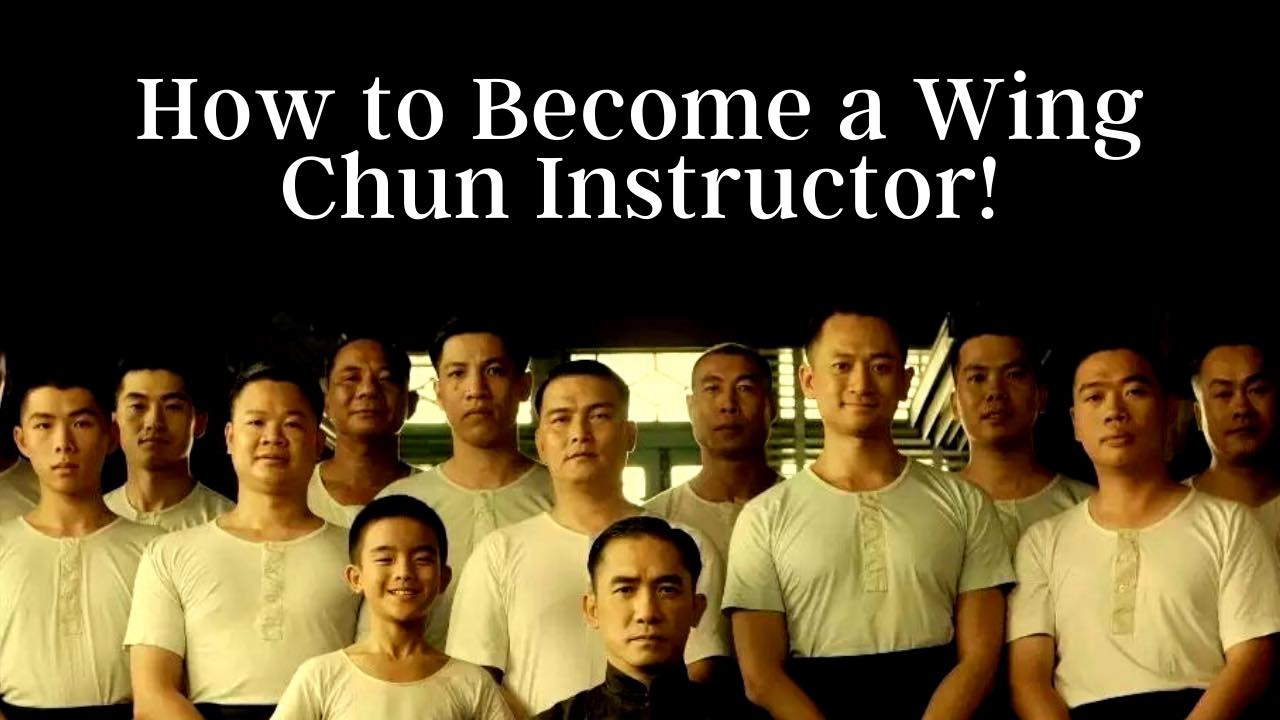 So, you want to become a Wing Chun teacher? Well! It isn’t easy. As with teaching in any sort of field, there are requirements to becoming a Wing Chun instructor (Sifu). In this article, we will discuss what it takes to teach Wing Chun. Becoming an instructor is not easy, and it should not be!

How to Become a Certified Wing Chun Teacher

The first thing you want to do in your path to teach Wing Chun, is find a legitimate Wing Chun instructor (Sifu), either in-person or online. Ideally, you would want it to find a Wing Chun instructor in person. Finding an instructor (Sifu) that will teach you good, legitimate Wing Chun can be hard to find. Online learning gives us the benefit of learning anywhere in the world, however, it also doesn’t give you the ability to get hands on instruction, which is very much needed. When looking, it is sometimes best to let the students speak for the teacher, be they current students or past students. Look at how instructors respond to people online, how they handle both constructive and non-constructive feedback. Do they ignore the non-constructive feedback? Do they engage in that non-constructive feedback aggressively? This is someone who should be able to remain calm against aggression, and if they are unable to do so, you may be better off looking for a different instructor / Sifu.

Once you have found the Sifu you wish to train under, be ready to be evaluated and critiqued. This is just a general thing to keep in mind, for both those who wish to learn, and those who wish to become an instructor. Critique is invaluable in anything. You do not want to be with a Sifu who gives you no feedback whatsoever, and tells you that everything you are doing is fine.

Another important thing to factor in when deciding if you want to pursue the path of becoming a Sifu, is time and money. Note that if you are distance learning, you will eventually have to meet your Sifu in person, and that will likely mean you will need to think about travel expenses.

If you want to become a Wing Chun Sifu, you are going to have to, simply put, throw yourself into your training. Be willing to take in all the teachings your chosen Sifu has to offer, but never be afraid to ask your instructor questions. If you feel that asking your Sifu any kind of question can be a negative experience in any sort of way, you are going to want to find another Sifu.

Finally, if you want to be a Sifu for the sake of profit, you will want to consider a different path. A Sifu who is only in it for the money is no legitimate Sifu.

What to Know to Become a Wing Chun Instructor

Probably one of the harder things for any instructor to know, is that there are simply some students that must be let go because of incompatibility. This is a big reason as to why someone trying to be a Sifu for the profit is no legitimate Sifu. When an instructor says to a student, “I have to remove you from my program,” they are not doing it because they want to, they are doing it because they have to. If a student has reached that point, the instructor has to realize that it would be a waste of their time, and the student’s time, and there is simply no point in wasting any more of that time or the student’s money.

Can you Teach Yourself Wing Chun?

Yes and no. Anybody can teach anything online, let’s be honest here, but often times, the entire breadth of a physical activity like Wing Chun just simply cannot be taught online. You can absolutely learn the basics online, and if you keep cultivating those skills, that’s great. Eventually, however, you will reach a point where your questions and concerns will start to get very specific. At that point, you have reached a level higher than the basics, and at that point, you are going to need more one-on-one, focused, personal training. Furthermore, you need the feedback of a spar with another person. You need to feel that kind of feedback, and you are not going to feel it through a computer screen.

Online Certified Sifus?
In today’s constantly connected world, anyone can claim to be practically whatever they want, especially if they shout loud enough. Certification in all sorts of fields has never been easier, and that in of itself, is a problem. It is very easy to fall into a scammer’s trap. If you find a potential Sifu online, but your gut tells you that something is off about them, dig deeper. Look into the person in question. Scammers rely on ignorance, and they hate it when you ask them questions that are “not relevant” when in reality, they are. If they are getting angry with you just for asking questions, they are a scammer. A Sifu who is truly dedicated to their students will have no problems answering any sort of question you throw at them.

Even if you have found a proper Sifu online, if they got their certification online only, it is very unlikely that they can teach you Wing Chun to its fullest. This is not to throw any disrespect at those Sifus, it is just a reality, as stated before, this is a physical activity, and the full knowledge of it can only be learned in-person.

Legitimacy and why it matters
Anyone wanting to learn something they have a passion for wants what they pay for to be legitimate. When it comes to learning Wing Chun, the sad reality is that there are many Wing Chun masters out there claiming to be good, but when the time comes to spar with another Sifu, they get destroyed. There are simply too many fake Wing Chun “masters” in the world. Anybody can teach Wing Chun, but not everyone can teach good, proper Wing Chun. This is more than just a way to defend yourself, it’s a way of life.
Going back to what was said earlier, observe how the students speak of their teachers. Do your research and due diligence.

What to look for in the Students
The attitude the Sifu has will set the tone for the students they have under their tutelage. Ideally, you want a community willing to help each other out, be it through supportive encouragement, or, perhaps more importantly, honest feedback. You do not want your Sifu, or your fellow students telling you what you want to hear. You want them telling you what you need to hear. This cannot be stressed enough: You do not want an echo chamber. Echo chambers are bad in any sort of activity, and it is something that is, again, set by the Sifu. If a Sifu has made their community into an echo chamber, look for another Sifu.

Time and Money
Let’s talk about the other elephant in the room: the investment of time and money. The path to becoming a Sifu is no small commitment. Just like any sort of teaching role, it requires a lot of time—from both learning the art of Wing Chun, and then finding your own method for teaching. Then there’s the money side of it; money spent in lessons, and eventually, the money spent on establishing a school. This is not a path to be taken lightly or done on a whim. If you plan on becoming a Sifu, be ready for the costs. It will be rigorous, it will be taxing on mind, body, soul, and wallet, and it will not be a short process.