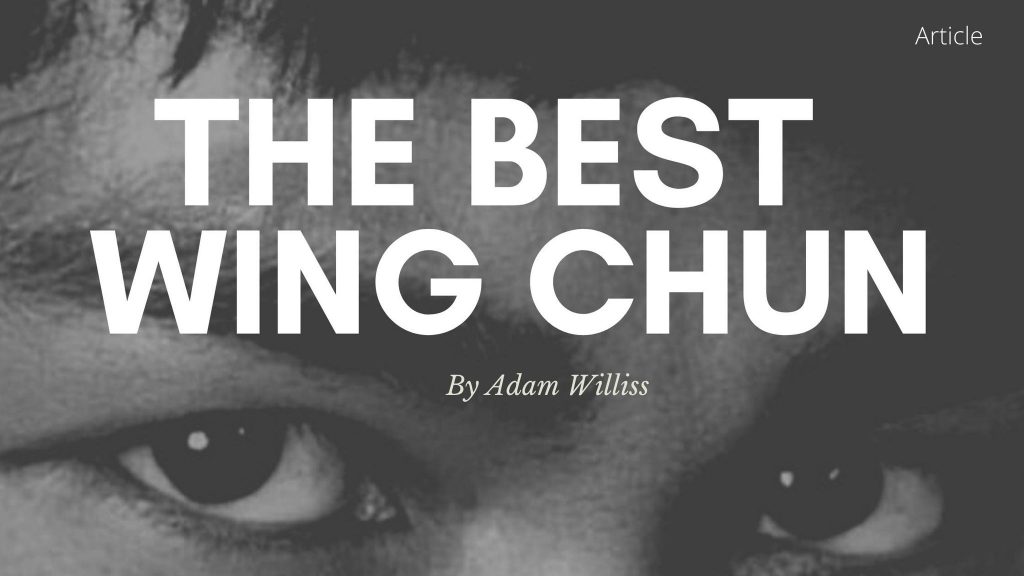 The following is an article called The Best Wing Chun. Sifu Adam Williss wrote this article for Wing Chun Illustrated magazine a few years ago.

But first, here’s information on our Wing Chun school…

We hope you know it it because we hope you’re not like everyone else. Unlike them, you know there’s more. Everything tells you that this entire thing is meant to be more. Every drill, every practice, every situation and every concept has led you to go deeper.

This is Wing Chun. The art that makes no apologies for being different… for being the round peg in the square hole. For attracting the rebels and those who see things differently.

While the conformists and small-minded see this art as traditional or classical, we see Wing Chun at its best as anything but classical. Whether these labels are being placed upon us by traditionalists or modern martial artists isn’t relevant to us. The end result remains the same.

Now don’t get us wrong. Our issue isn’t with tradition itself. It’s with the limitations which are created when we become bound by tradition.

For Wing Chun to be truly limitless, we must seek the depth of tradition and recognize its value but we also be willing to go beyond established practice and seek innovation.

Wing Chun, at its best, never looks for dead patterns or to preserve history alone. It looks to seek more. In fact, this entire art is about seeking more and looking beyond for no limitations.

The Best Wing Chun is the Most Efficient Wing Chun

But what is the common denominator of the best Wing Chun? Isn’t there one thing that makes up the most excellent Wing Chun? The true objective of Wing Chun efficiency. It must always remain about efficiency. Never should simplicity, directness and efficiency go by the wayside. When a threat is imminent, a Wing Chun practitioner must always remember that the most direct and most efficient action is to simply attack their center. Dominating their centerline cannot EVER be forgotten. These are the delineating factors which determine the best Wing Chun.

However, moving outside the box is extremely important in order to understand the best Wing Chun has to offer. The insight you gain from taking Wing Chun outside of it’s comfort zones can be both enlightening and inspiring. We must not be afraid to break the rules in order to appreciate the rules more fully. In doing so, you free your mind in order to see things from different angles.

Many traditional martial artists focus so much of their attention upon trying to perfect themselves that they miss what’s right in front of them. Remember that Wing Chun is meant to help you to progress. It is never meant to limit you.

Modern martial artists tend to look too much into innovation without seeking to fully understand tradition. They focus so much on trying to “reinvent the wheel” that they often miss generations of insight. Too often, they have such a shallow outlook upon traditional training that they just can’t trust in things they can’t immediately see working. So instead of trusting in the path, they seek to create a new path too far removed from the exact attributes which make traditional methods work.

Many progressivists focus so much of their attention upon trying to apply based upon their current abilities that they don’t seek to invest in their development for the future. This makes their training reach a ceiling which they can’t get past.

The Best Wing Chun has Balance

There’s nothing easy about walking a fine line between tradition and innovation. It’s much easier to be one or the other. So the balance that the best Wing Chun practitioners must have is nothing short of amazing. Only through balance can we find no limations.