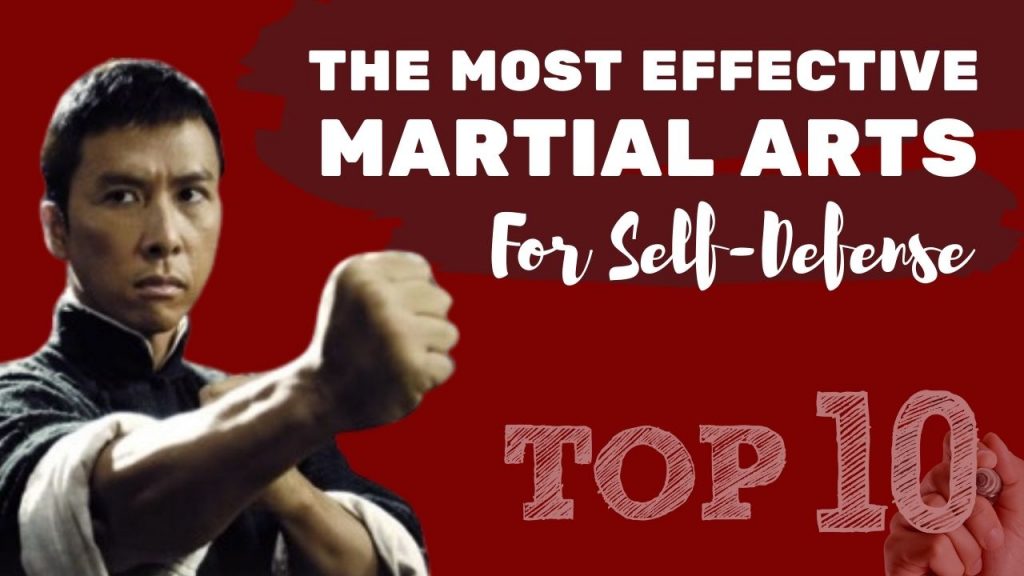 The Most Effective Martial Arts for Self-Defense

It is safe to assume that everyone is a little biased around their art. This is just God’s honest truth.

In order to claim your art is the most useful self-defense martial art, we should first define just what makes a martial art efficient and best for self-defense.

What is EFFICIENCY in martial arts?

In order for martial arts to be most effective in self-defense, it must be efficient. By definition, this means a martial art must achieve maximum results with minimum effort. When one takes this into account, we start to see that any sort of flashy or showy martial arts are automatically disqualified.

For instance, arts like Wushu and Capoeira, which incorporate incredible acrobatics, do not quite fit the bill. While a stunning physical feat and impressive to watch, they cannot be efficient in a fight due to the maximum effort required to achieve their movements (which may or may not stop a fight).

Is Wing Chun the ONLY useful self-defense martial art?

Of course not. Wing Chun is the most effective martial art for its directness and simplicity, but that does not detract from some of the other great martial arts that exist.

So what other martial arts are most useful for self-defense?

Here is a list of what we consider the most practical martial arts for self-defense:

10) Wrestling
Though mainly a sport, wrestling can be a very useful martial art for self-defense. Since the goal of wrestling is to overpower and control your opponent, it is not hard to see how this could translate to real-life situations. Joint control and locks are often used by MMA fighters, often to great success.

9) Boxing
Punches win fights. Boxing is all about hitting, which makes it a great way to learn to defend and attack in a self-defense situation. Though it is above all a combat sport, there is no denying that learning to hit powerfully and accurately is practical and useful in a martial art for self-defense.

8) MMA
MMA is a catch-all term for mixed martial arts, though what exactly it mixes depends on the fighter. Like many modern arts, it is meant to borrow the most useful techniques from different styles and apply them to martial arts. This can be good for an established martial artist, but for a beginner, this may be a little too open ended. Doubtless and as seen on TV, MMA can be very devastating and effective in a self-defense situation.

7) Brazilian Jiu-Jitsu (BJJ)
BJJ has become quite popular, especially within the context of MMA, and with good reason! Since introduced by the Gracies back in the 90s, it was shown to be effective at forcing a larger and stronger opponent to submit. Though its application is often to take the fight to the ground (which is not the most desirable of situations in self-defense), it does help take strength out of the situation in order to allow leverage to be leveraged.

6) Judo / Jiu Jitsu
Judo took much from Jiujitsu, which was a form of close quarters unarmed combat meant to be used by samurai in battlefield situations. Since the armor worn meant punches were virtually ineffective, throws and takedowns were emphasized, with intent to hurt and kill. Though it eventually evolved into sport, its battle tested roots means it is very useful as a martial art for self-defense.

5) Karate
Karate is among the most popular of the east asian martial arts, popularized by celebrities from Elvis Presley to Chuck Norris to Michael Jai White. Focusing on technique to generate power, it can be a very powerful and efficient martial art to use in a self-defense situation. Unfortunately, it is one of the most common McDojos to fall prey to, which places it a little higher on our list.

4) Jeet Kune Do
Bruce Lee is considered one of the greatest and most influential martial artists of all time. Beginning in wing chun under the legendary Ip Man, he did not complete formal training under his tutelage, but used his desire to learn to fill the gaps in his knowledge and create one of the first modern types of mixed martial arts. Using the idea of retaining the useful and discarding the not-useful, he created a personalized system of martial arts that works for each individual.

3) Muay Thai
Another popular martial art, muay thai is an effective and practical martial art. Incorporating knees and elbows into the mix, a well-placed strike is sure to do damage to an attacker. Taking advantage of these types of strikes means the fighter will be able to do damage at a shorter range, which is excellent in a close quarters self-defense situation.

2) Krav Maga
One of the few military combative arts available for the general public, krav maga is a practical, useful, effective martial arts program. It was designed for use by the Israeli Defense Force and this style of fighting is an excellent way of teaching someone to successfully defend themselves in a short amount of time. Aiming to end the fight as quickly as possible, this martial arts style is definitely a top contender for the number one spot of most effective martial arts.

1) Wing Chun
Was there a doubt in your mind? Read on to see why Wing Chun is the most effective martial art you can find!

Why Wing Chun is the most effective martial art 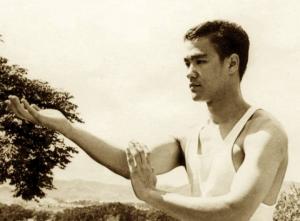 As we mentioned before, a martial art is effective when we achieve maximum results with minimal effort. The simplicity of Wing Chun lies in the concepts that guide our actions.

Our concepts are actually very scientific. Understanding the physical mechanics of vectors and momentum allows for us to respond efficiently. Our posture is meant to handle incoming force and geometric shapes (such as lines and triangles) allow for us to create angles that help us dissipate and redirect that force.

The difficulty lies in retraining the mind and body to adhere to these concepts, some of which may seem counterintuitive. Responses to attacks are always the most direct and practical response that we can find; oftentimes, this is simply attacking, as opposed to defending or blocking.

What also helps is the general approach of Wing Chun. It approaches martial arts as a form of self-defense, only meant to be used when safety is on the line. As such – and often not realized – it is very violent and destructive. Unlike sports or competitions that have rules to PREVENT injury, the goal of wing chun is to CAUSE injury.

What is most useful about Wing Chun?
The wonderful thing about Wing Chun is that while most martial arts tend to favor the bigger-stronger-faster, Wing Chun takes speed and strength out of the equation. Rather than focusing on how much stronger or faster that you can be than the other person, we focus on our postural stability and the strength of our internal connections. Put simply, we focus on position, timing and posture.

This emphasis on position, timing and posture means that a shorter and weaker fighter can hold their own against a bigger and stronger opponent. This is because our goal is not to overpower, but to control.

Additionally, since we are not adhering to any set rules, we are free to use our concepts in a manner that will produce maximum damage. Soft targets such as the eyes, nose, throat and groin become our primary targets, since they are the most prone to injury.

Guiding our movements through concepts rather than techniques is also what adds to the simplicity of Wing Chun. Rather than focusing on applying a technique to respond to an individual attack, we focus on the “energy” or momentum that we feel. Two of the most common energies are compressive energy which is an attempt to overpower you, and loss of contact, which true to its name, means contact that was previously established is no longer present. Both of these are highly actionable and allow for a powerful strike to be placed IF the fighter can respond following our concepts. Compressive energy must be lowered; Loss of contact must be followed with a strike. Very simple ideas, but not keeping these concepts in mind means a person can and often will miss an opportunity to strike and is instead struck.

Is Wing Chun the most misunderstood martial art?
For those of us that have trained Wing Chun for many years, it can be frustrating that Wing Chun is judged on the actions of a few YouTubers or MMA enthusiasts who believe the octagon is the only test of fighting prowess. Especially when you witness the power a person can generate by working on their structure.

Alas, it is understandable.

However, Wing Chun’s subtlety adds to its efficiency. There are no gimmicks, no boards to break. You either know or you don’t. Coupled with the time needed to develop structure, it is not a mystery as to why the impatient often do not find success in Wing Chun. Just as an MMA fighter trains for athleticism, we train our bodies to maintain structure. It will not make you athletic, but it will make you a better fighter.

There is a reason why Yip Man’s senior-most student, Leung Sheung, said “if you find me you are lucky”. High quality Wing Chun is hard to find if you don’t know what to look for. However, once quality has been found, you’ll find there are no limits to how and where Wing Chun can be used.