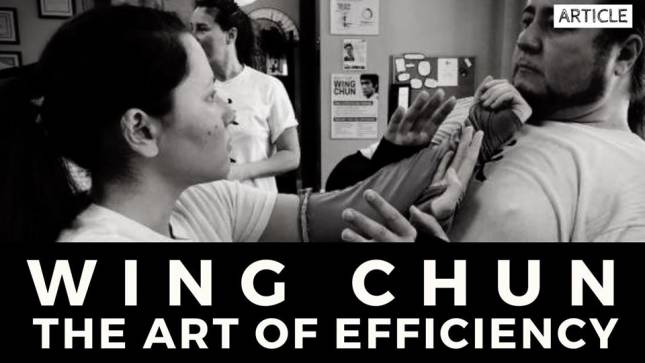 I realize most people don’t get it. When it comes to Wing Chun, what most martial artists have seen, or maybe even experienced, often doesn’t do the art justice… at least not the art of Wing Chun as I know it.

It’s taken me close-to 27 years since I began practicing the art to put to paper what I’m about to say in this article. My objective here is to help people to look at Wing Chun through the lens which I’ve evolved into seeing it and how I believe it  can help you become more efficient… not only in your physical movements, but also in your overall mindset.

Let’s start with why I am calling Wing Chun the art of efficiency. Isn’t efficiency another word for effectiveness? Aren’t there more effective martial arts than Wing Chun? These are the questions I look to answer in this article.

First, let’s define what efficiency means. The word efficient can be defined as:

Efficiency – Especially capable of producing desired results with little or no waste of time or energy.

In fact, you could argue that efficiency is the number one concept of Wing Chun and that every single other concept either derives from or revolves around the goal of becoming more and more efficient.

This purpose is seen in Wing Chun history as passed down from Ip Man. Ip Man wrote that the art was originally taught by a Shaolin nun to a teenage girl in order to take on a larger stronger man who threatened and bullied her in an attempt to marry him. He tried to use “force” on her, but the girl was able to defend herself against the much larger man by being more efficient in her movements. This meant that her responses to his force did not take his pressure head on. As a smaller and weaker girl, she couldn’t stand up to him head to head. So instead, she used his force against him. She used yielding and deflection coupled with direct, precise attacks to beat his power. She employed simultaneous attack and defense to beat his speed. And she immediately closed the gap into close-quarters and moved inside the arch of his force where her shorter arms could attack. Yet all of her movements were simple. Nothing fancy, just efficient.

Everything she did to beat him was based upon efficiency.

She wasn’t trying to compete with him in some sporting match.

She had nothing to prove.

It was pure self-defense. All she was doing was trying to defend herself and make him leave her alone!

This story is the epitome of Wing Chun… giving the smaller, weaker person the ability to legitimately defend themselves against bigger stronger people.

Why? Because Wing Chun from a fighting standpoint is for self-defense. Incorrectly, many MMA and UFC enthusiasts judge Wing Chun and other self-defense specific martial arts by their effectiveness within competition. This is like judging a fish by its ability to climb a tree. Self-defense and combat sports are like apples and oranges. 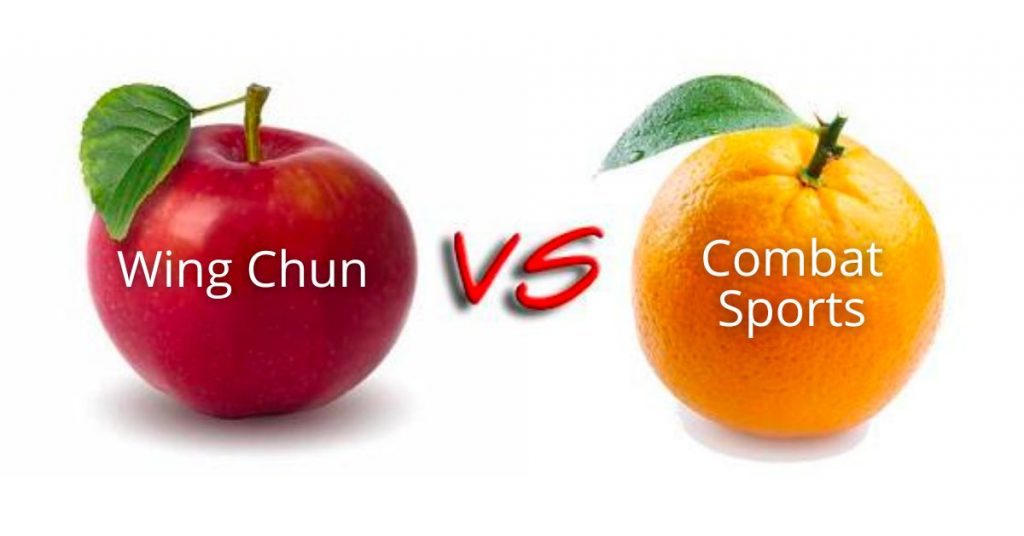 In fact, Wing Chun teaches you the art of fighting smarter. In other words, how NOT to go head to head. It teaches you how to be the yin to their yang. How to stop fighting force against force, to become less competitive, less angry and how to be calmer. This is why participating in competitions such as MMA or other sports matches is completely contrary to the purpose of Wing Chun and would therefore warp the entire premise of what the art tries to teach. Instead, Wing Chun shows you how to flow with pressure and not fight it. It shows you how to think differently. and harmonize with your opponent instead of aggressively, competing against someone. It teaches you how to calm your nerves under pressure and focus solely upon being in the moment.

It teaches you to question the entire premise of competition. Why compete in someone else’s struggle when you can learn how to shut down a threat without the need to compete at all.

So back to one of the original questions… are there more effective martial arts than Wing Chun? It really comes down to the goal we are looking to achieve. Since the goal of Wing Chun is self-defense, rather than a sports competition, I honestly can’t think of any other martial arts more effective at that job. Everything Wing Chun does is geared toward improving your ability to be as efficient as possible during a conflict.

Take Bruce Lee for example. Even after creating his own martial art of Jeet Kune Do, the nuts and bolts of which were all Wing Chun principles. One could easily make a substantial argument that Bruce Lee never strayed from Wing Chun nor its principles. It could be said that he simply took Wing Chun beyond perceived limitations and called in Jeet Kune Do.

So, from my experience, this is how I see Wing Chun and how I know it can help you become more efficient. And this is why I call Wing Chun the art of efficiency.