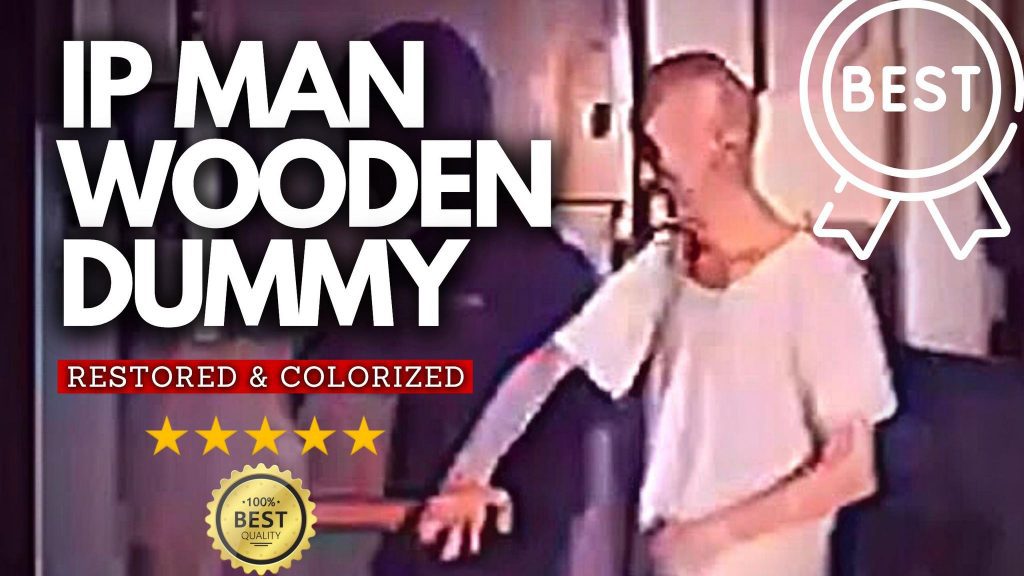 The highest quality, clearest and most detailed version of Ip Man on the Wing Chun wooden dummy available to the public. We have taken special care to restore and colorize the original surviving 8mm historic footage filmed by his sons just weeks before he died of cancer in 1972.

Knowing he was dying of cancer, Ip Man (Yip Man) asked his sons to film his forms including this wooden dummy form. Prior to this, Ip Man didn’t want his Wing Chun forms video’d. He had his forms filmed as a record of his Wing Chun.

Wanting to document the system of Wing Chun as he practiced it, his sons, Ip Chun and Ip Ching, as well as his student Lau Hon Lam filmed him.

It is said that due to Grandmaster Ip Man’s immense pain and weakness, Ip Chun, Ip Ching, and Sifu Lau Hong Lam stopped him before he could execute Bil Gee, the butterfly knives, and full dragon pole form.  This is because these forms require a lot of energy to execute.