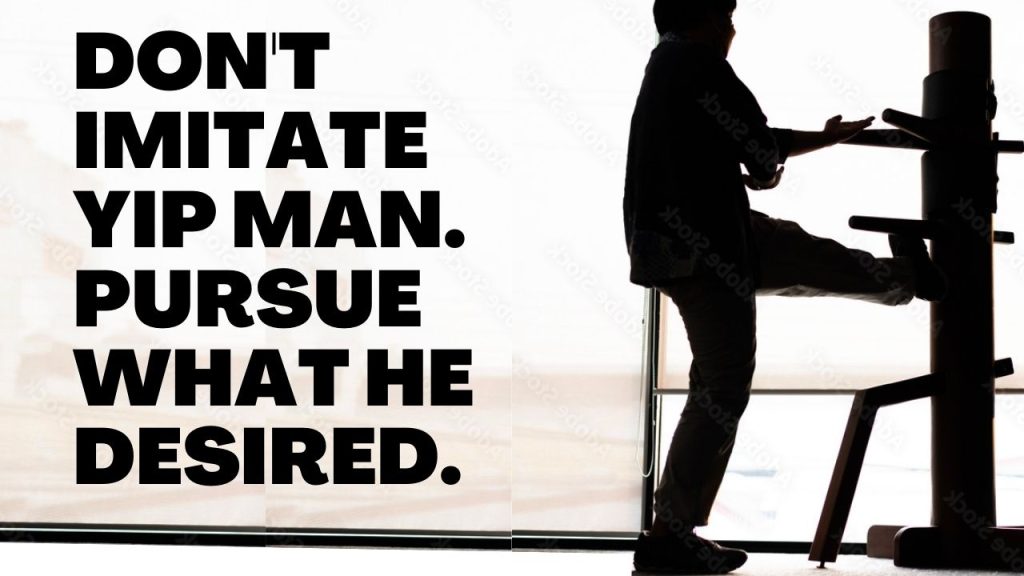 Many beginners wonder why we shouldn’t try to imitate the way Yip Man did his forms. Or make our Wing Chun techniques look exactly like Yip Man’s techniques.

Because Wing Chun is a living, ever evolving art. Its forms and techniques are meant to be fluid and alive based upon Wing Chun concepts and principles. Wing Chun is not a dead tradition meant to be passed in formaldehyde.

However, the fact remains that imitation is a real problem within traditional martial arts in general and Wing Chun is no exception.

Too many in Wing Chun today believe that tradition alone makes something worthy. Sounds silly, right? Well it is… At least from the outside looking in. But when you’re drowning in a pool of tradition, it can be very difficult to get your head above water to see beyond it. 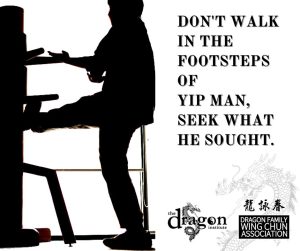 But tradition can also bring about a culture of ancestral worship and a lack of innovation. In Wing Chun, people often believe that because Yip Man did something a certain way that that’s the exact same way everyone should do it. However, as Wing Chun practitioners we should instead seek to preserve the same spirit and fire with which tradition was created.

Don’t walk in the footsteps of Yip Man, seek what he sought. Ground yourself with the past, never bound your feet by it. Go deep when looking to understand tradition, but never allow tradition to hold you back. Use tradition as a guide in order to evolve and seek more.

That’s the spirit that Yip Man had!