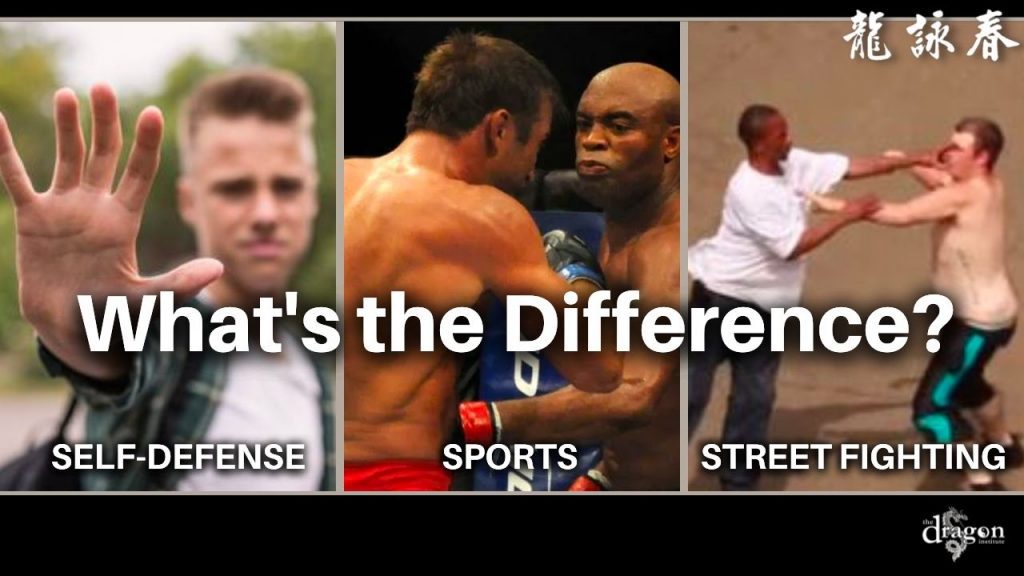 What’s the difference between street fighting, combat sports and self-defense? Aren’t they all pretty much the same?

Most people confuse these terms all too often. Please read through this short article in order to understand the difference.

Combat Sport
A combat sport or a sports fight is a competition between two fight contestants. The fighters agree to a certain set of rules which ensure relative safety. Determining the winner of the match depends on these specific rules. For instance, in many combat sports a contestant wins by scoring more points than the opponent or by disabling their opponent. 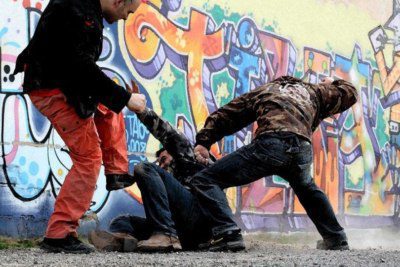 Street Fighting
Street fighting is hand-to-hand fighting in a public place, between two people or even groups of people. A street fight has no rules. No techniques are off limits. Street fights may very well involve weapons or multiple opponents. The venue is usually a public place and the fight often results in a serious injury or even death. A street fight is consensual between both parties. Therefore it is an ego-based match. A typical situation might involve two men arguing in a bar, then one suggests stepping outside in order to fight. Therefore, it is often possible to avoid a street fight altogether by backing off.

Self-Defense
In self-defense, there is no agreed upon contest or rule set. The person defending themselves has no ego involved. They are defending themselves against an immediate threat of violence. Their goal is escaping the situation and assuring their own safety. They’ll use force if necessary. Their success depends on a large number of parameters, related to the severity of the threat on their mental and physical preparedness.

So these are the differences between sports, street fighting and self-defense. Knowing the difference is key to understanding the implications of your training methods.